My Dear Friend
Hey there,
A bit stressed tonight. My friend in Seattle about passed away the other day and it really is upsetting. His problems got worse the other day and he went back to the emergency room. They told him if he hadn't have come when he did he wouldn't be around. They had a horrible time tryng to save him. One of his nurses later told him that they haven't brought someone back from that far gone for a long time. It really freeks me out. M said he knew that he wasn't going to make it and had an out of body kind of experience. He said he knew he asked the nurse if he was going to make it through and she told him we are doing everything we can. I wish I was there but know I couldn't do anything. I talked to him today and he said he felt a little better. He was supposed to go in and have his spleen removed but after another scan they wanted to see if it would heal itself. So they are going to give it a couple days. He told me he had way too much company today but it was all nice. His mom and dad and boyfriend have been there through this with him. His mom and dad are wonderful people. I feel for all of them. M has had a horrible year and not a great start into this year. I really worry about him.

Through all this you continue to think. Man life is so short and so fickel. It can change on you in one second. It's really kind of sad in a way but I guess we can't think that way. Try to flip it to the other side and enjoy every minute of it. Life happens so fast.

I really began to think about my relationship with M. I have a lot of what I consider good friends. I hold my friendships closely as I can. But with M it's just a little different. I honestly think that we are really soul mates and I really never believed in that stuff before. Our relationship started over 5 years ago and unexpectedly. We just kind of connected in a lot of ways. We talked all the time online, our conversatoins would go on for hours. I have a pretty supportive family and friendship network. I think I'm very lucky that way. But just something different with M and I and I think a lot of people know it. One of my relationships kinda crashed because someone didn't understand it. Which was unfortunate, but that's in the past and I guess I should have explained it better. I would never cheat on anyone no way no how. The thing is being gay I really haven't been able to be open to a lot of people. M just broke that shell in me I think. M is one of the most supportive people I've ever met and one of the most genuine. From day one he always let me be me and supported that without fail. He's honest and interested to a fault. I really feel I probably know him better than I know most people and I know he knows me the same way. I feel like I would really be lost in a way if anything ever happened to him. I know he is in my life for the long haul. And I really hope it is the long haul. He's an awesome friend and I love him very much. I hope he gets all through this safely. I'm keeping him in my prayers. The one thing I don't understand is just knowing M and the things he's done in his life and the people he has helped and supported. Maybe this is really a test to see who is there for him. I'm not sure life is so strange.

I'm heading to Tulsa next week to stay for a couple of weeks. I think I'm going to meet a couple of guys while down there. Not for hook ups at all just a couple of guys that have shown interest in possibly a friendship. That would be a good thing. Tulsa is a really cool town. I'm really getting my head into it.

I put out a few more resumes last week and got a salary requirement request back on Friday. Hopefully I'll hear something this week. It's just kind of upsetting to not hear back sometimes when you want to. It's kind of strange. I was telling some that the last time I was really unemployeed was over 22 years ago so it's all kind of new, a little scarey and exciting all rolled into one.

Thanks for listening.
Hugs,
Boyd

Please Let Me Know What You Think. Click Here --> 1 comments so far 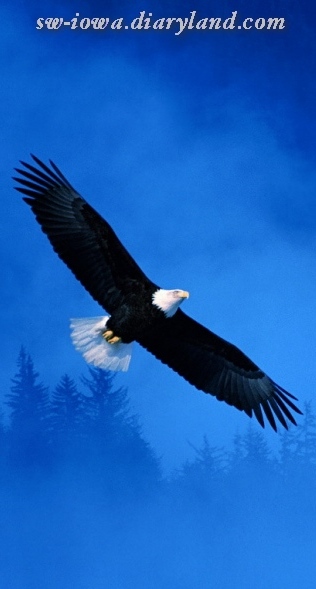